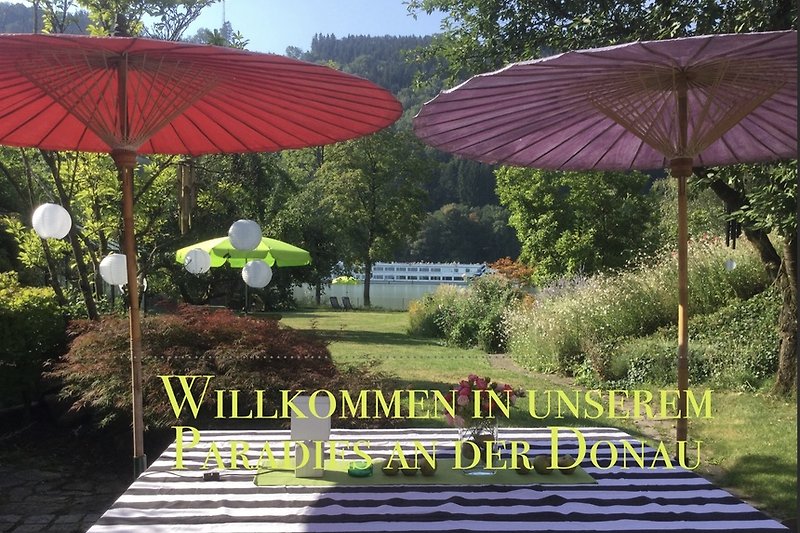 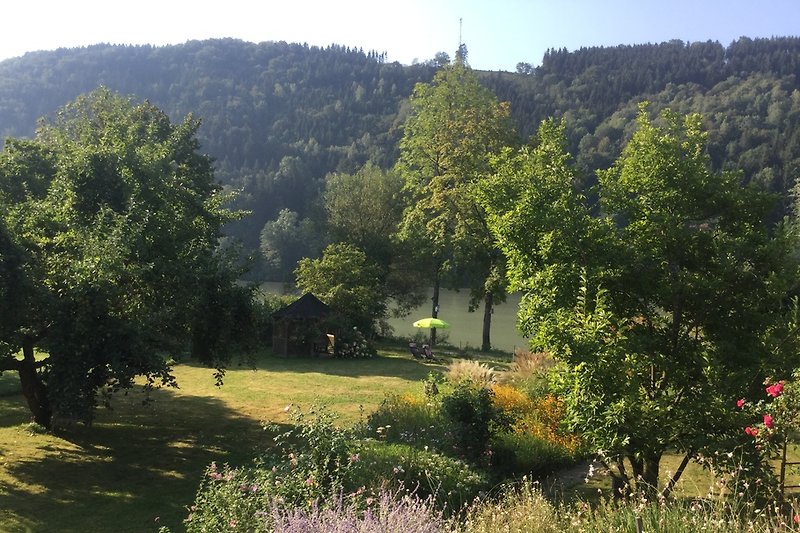 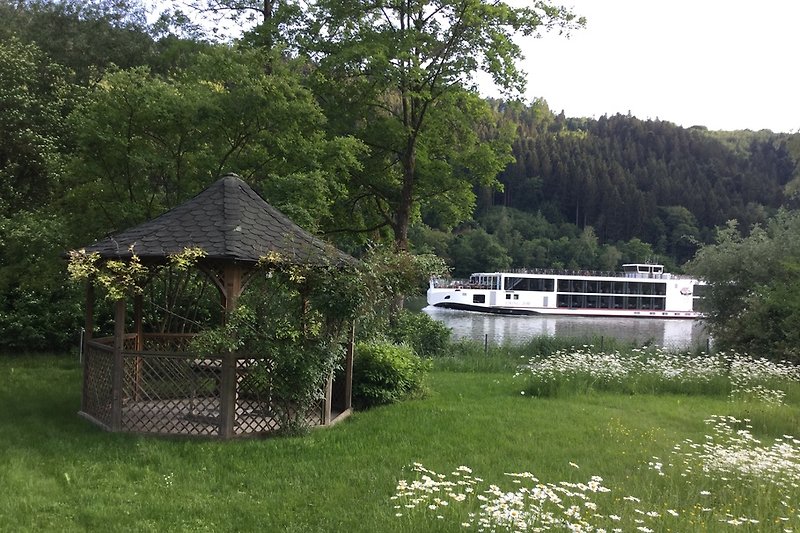 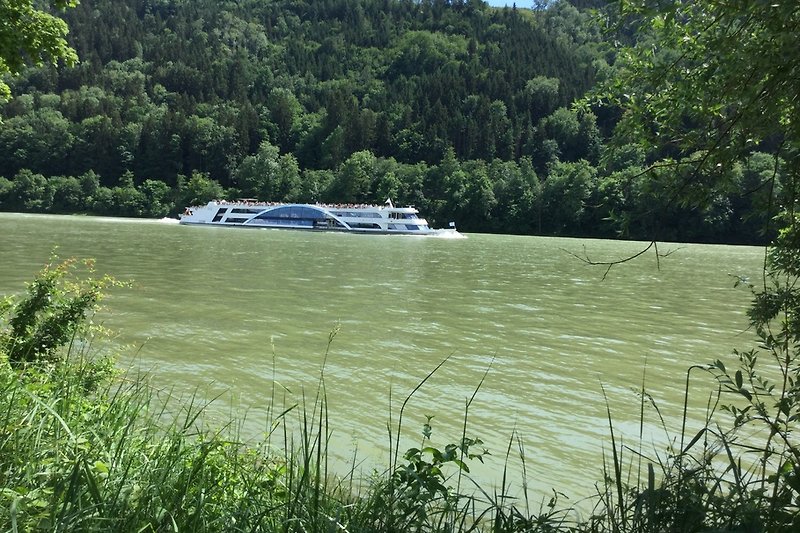 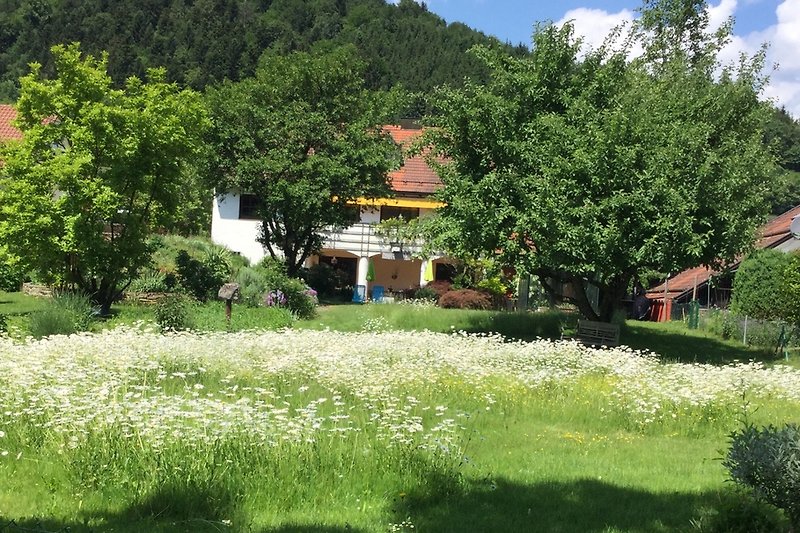 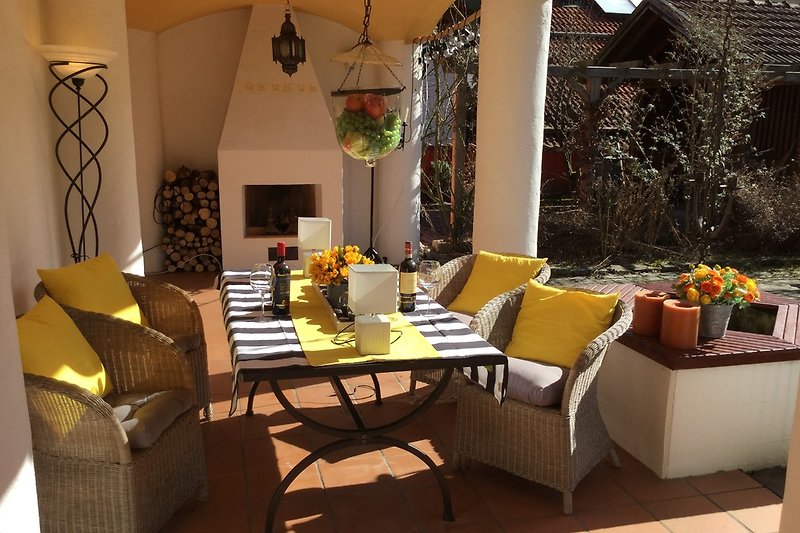 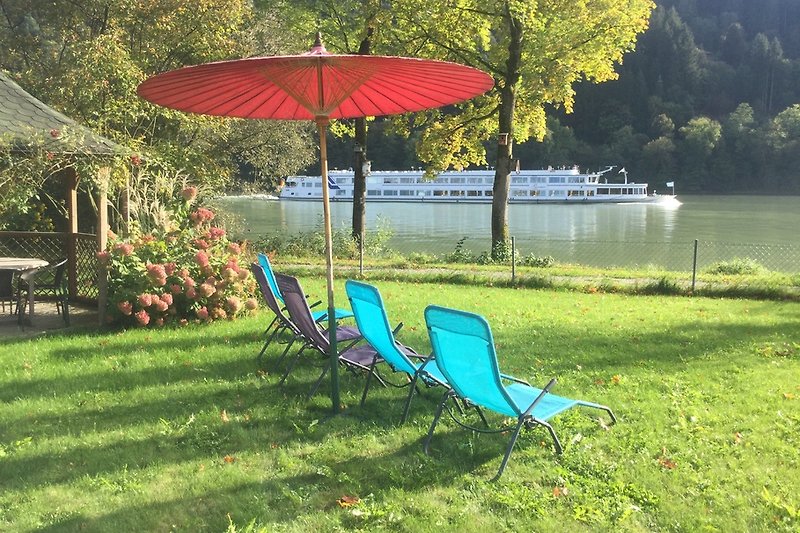 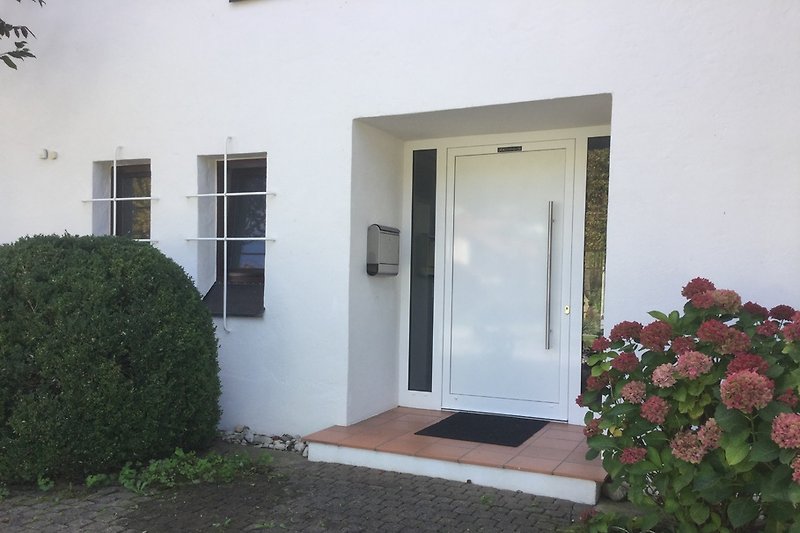 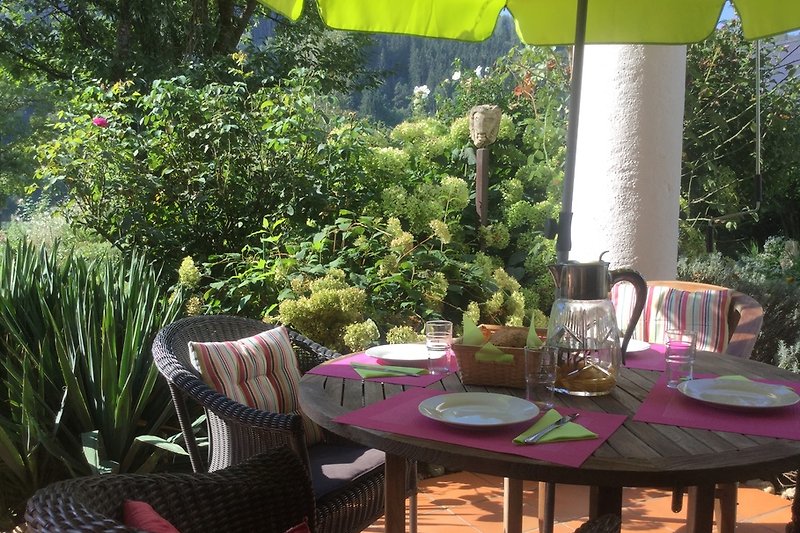 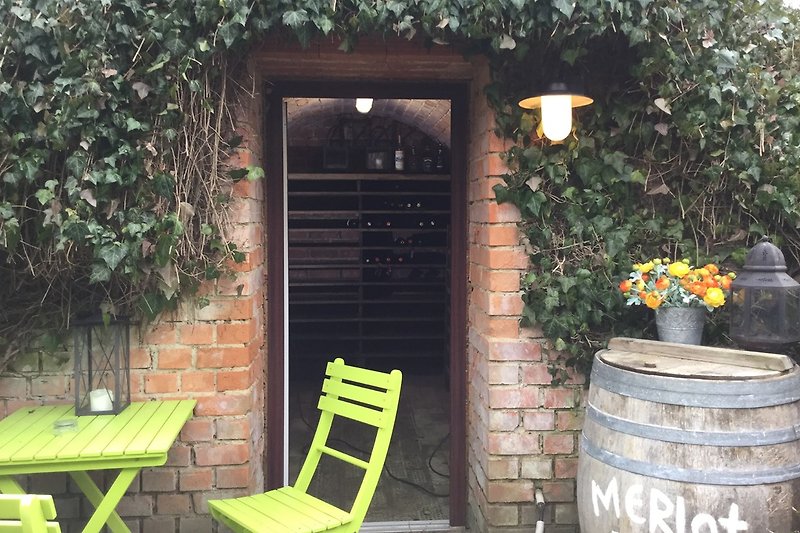 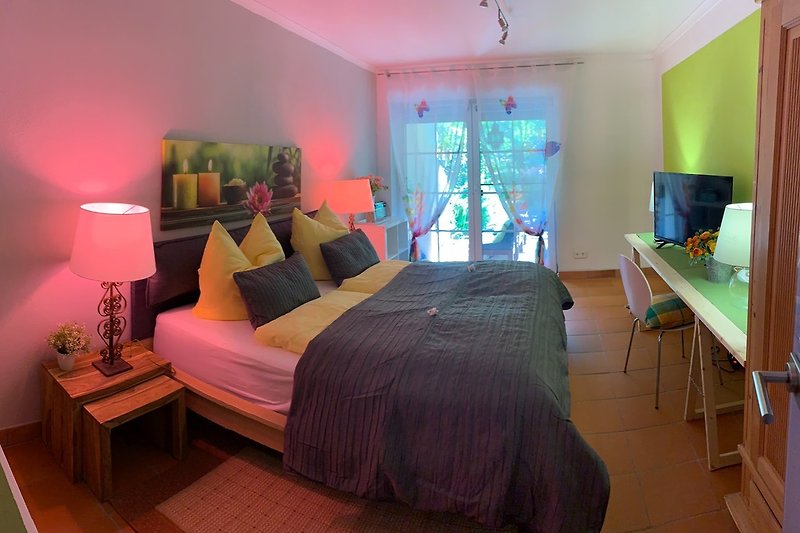 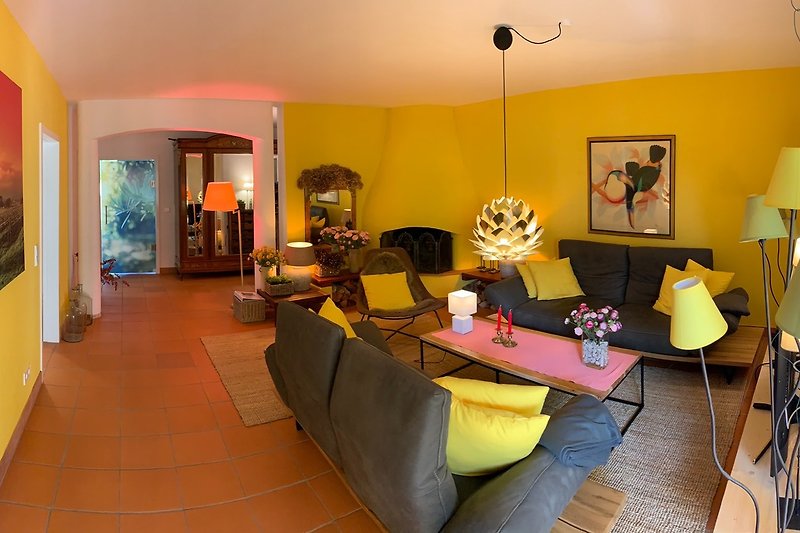 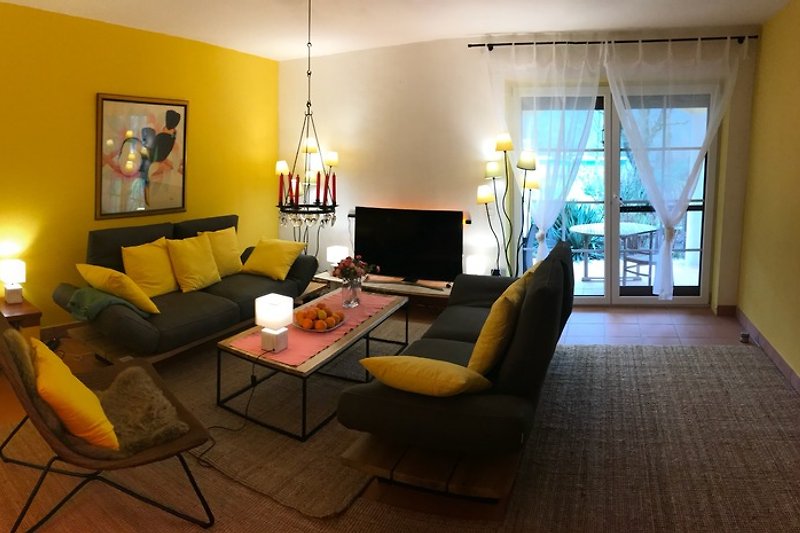 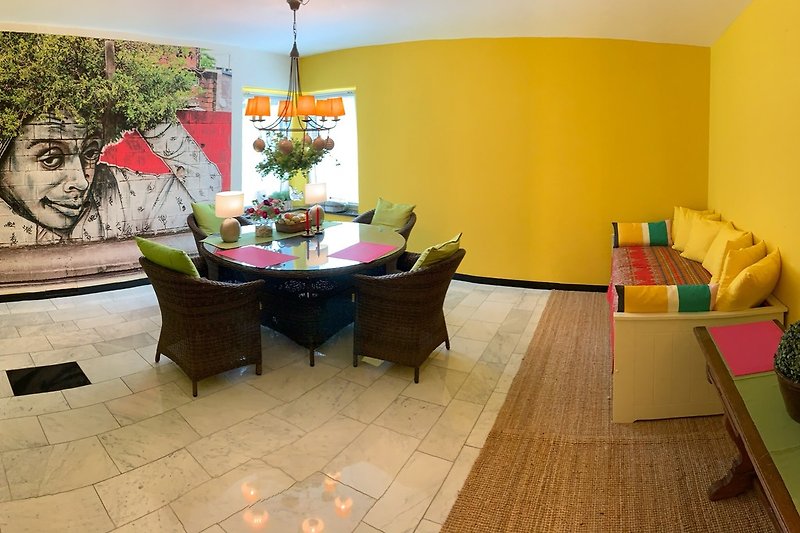 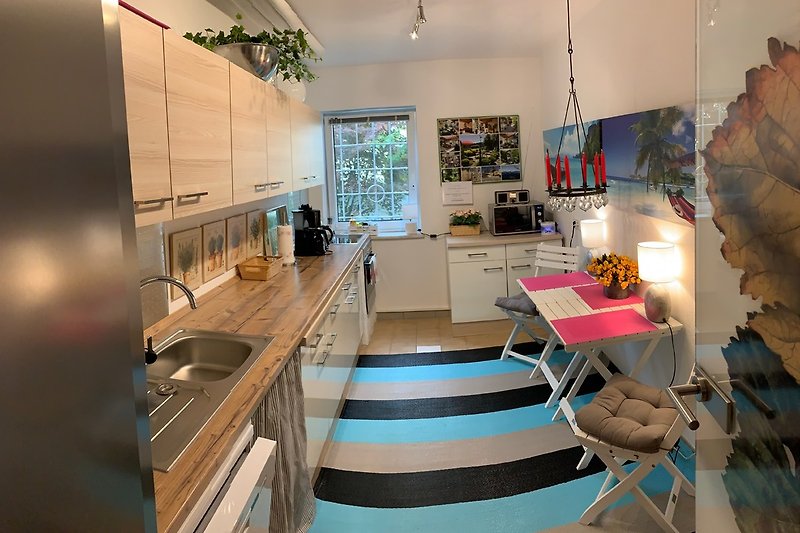 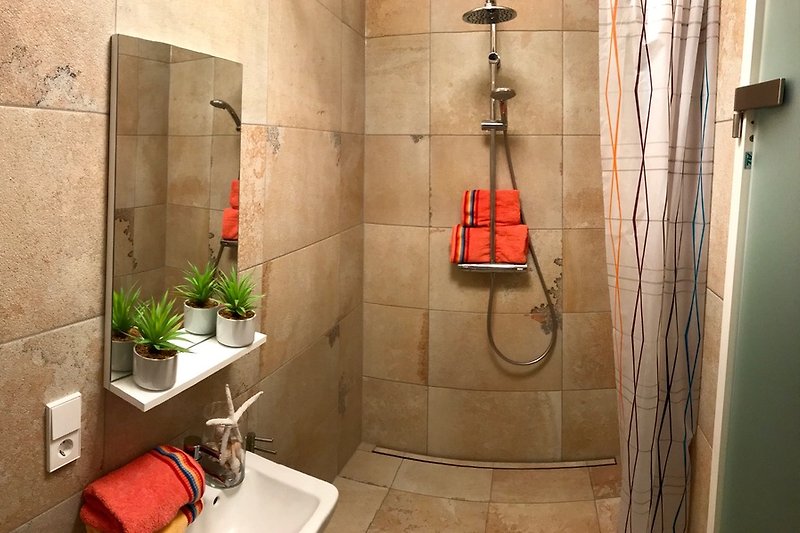 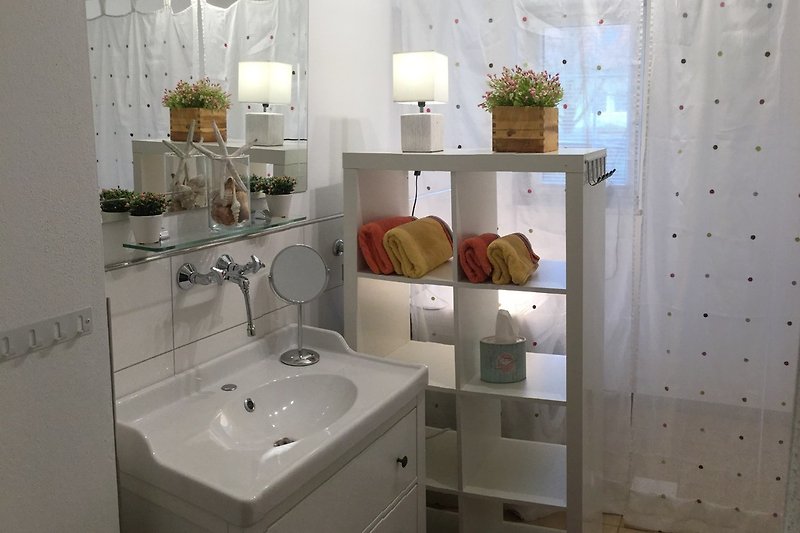 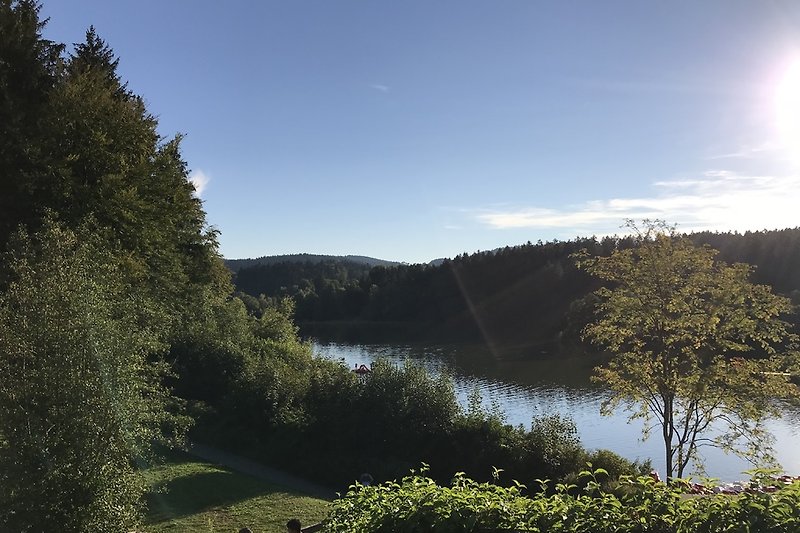 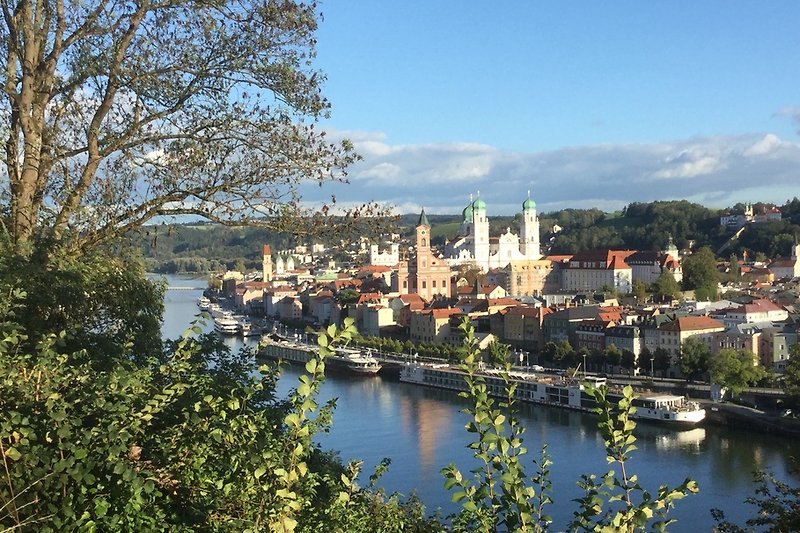 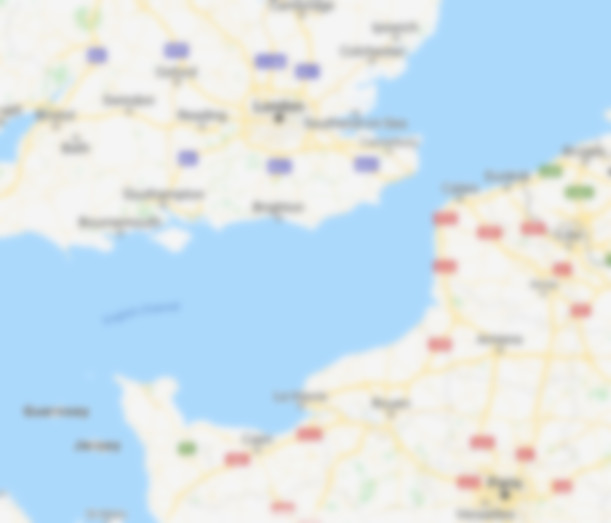 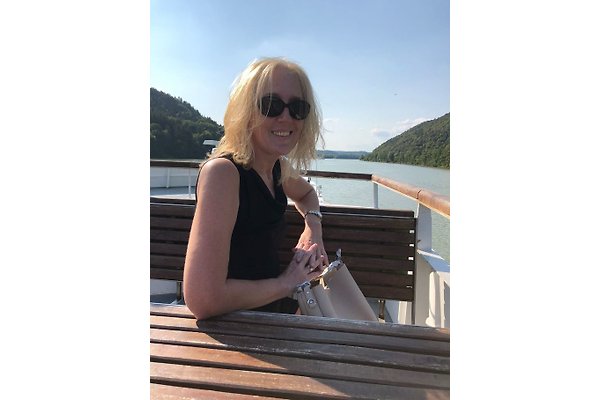 Awesome location directly at the Danube

We rented the house as a base to bicycle along the Danube and the Inn rivers. Upon arrival, we were welcomed by the very friendly owners, who are not living in the area, so we had maximum privacy both in the large house and the huge garden which directly borders the Danube river. There is nothing I can think of that was missing. The garden has several locations to sit and relax, both in the sun and the shade. Broad-band internet and TV reception are excellent. There are no other tenants.
The nearest river crossings are at Passau (11 km to bridges over both Danube and Inn) and Obernzell (6 km to a small ferry). Bicycling on the German side of the river is mostly along a separate bicycle path along the B388, which is a moderately busy road. On the Austrian side and along the Inn the path is mostly just for pedestrians and bicycles. There are several places to lunch or dine, we would absolutely recommend Zum Edlhof, which is on walking distance.
If you would like to spend some time in the Passau area, this is a fabulous place to be and I would highly recommend it. The reason to award "only" 4.5 stars for location is that Passau at 11 km along the B388 is the nearest town of some size. If you want to go by car (we did not), parking in Passau is cumbersome. 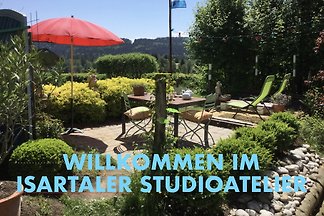 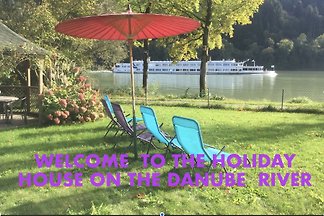